After nine months as a misdemeanor prosecutor, Bernhardt was promoted to a felony division. Before long, Bernhardt was the head prosecutor in his division and conducted several high-level trials. After leaving the State Attorney’s Office, Stephen began practicing civil law for one of the largest creditors’ rights firms in the United States. Stephen quickly became the lead litigator for the firm’s Florida office and handled countless civil hearings and trials. Ultimately, Bernhardt started his own practice.

Bernhardt brings his wide range of litigation knowledge to Kemp, Ruge & Green to assist in certain personal injury cases. Bernhardt is a hard-working attorney that has a reputation as someone who truly cares about his clients. Bernhardt is a member of the Clearwater Bar, St. Pete Bar and Hillsborough County Bar Associations. Bernhardt is also married with three amazing children and enjoys spending his free time with his family doing the many fun activities available in the Tampa Bay area. 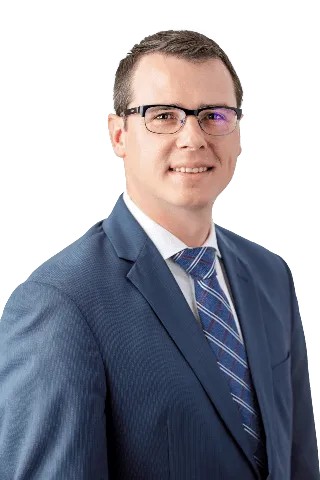 Talk to us about your case consultation today.

Be sure to take advantage of our complimentary and confidential legal consultation. We can answer your questions and determine if you have a case.

It’s FREE. It’s FAST. And it’s EASY. Call the number below or click the chat bar to get your free consultation NOW.